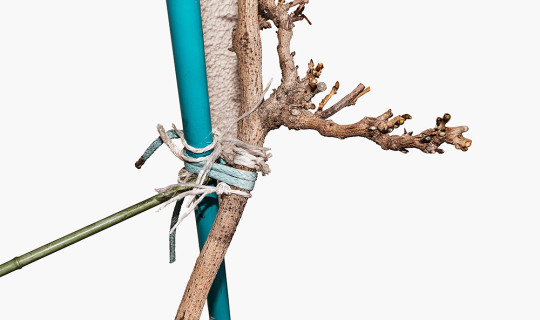 My mum died whilst I was studying for my MA. She had been ill for a long time, but it still came as a shock. I made this body of work shortly after her death. I was in an odd state of mind; sometimes sad, but often strangely elated. My usual interests seemed hollow. Instead I developed an obsession with the materiality of the ground beneath my feet.

As a student nurse in 1960s London, my mum had spent her weekends playing a walking game called 'Two Lefts and a Right'. It was a way to discover new neighbourhoods and experiences. I tried it out in New York, and quickly ended up where I had begun. It doesn’t work in cites laid out in a formal grid. But it works well in cities with a more organic layout. For me, it all really came together in Tokyo.

When I first visited Tokyo in the late 1990s, I felt like I had died and woken up in a parallel universe. On each subsequent visit, I've had this giddy sense of being in limbo. It was the perfect place to contemplate my mother’s death. Each morning I picked up my camera and set out on long meandering walks, stopping at convenience stores for sandwiches, and buddhist temples for meditation. Making pictures like these requires a clear mind. Thinking is the enemy of seeing. With a clear mind, the photographs almost take themselves.

These pictures are not about Tokyo. Tokyo is just a good place to make pictures like these. I’m not really sure what they’re about, and I like it like that. Before my MA I made plenty of photographic projects that were ’about’ something. Such projects found plenty of traction online, but after the initial thrill of appearing on countless blogs, I gradually realised that I was feeding a monster. I decided that my next project would be about nothing.

If pushed, I’d say that this work is about losing a loved one, facing up to one’s own mortality, and discovering a sense of solace in a world of objects that interact with each other, independent of human attention. Whilst the pictures are created in a state of mental emptiness, my approach is informed by my readings of Heidegger and his many commentators (especially Graham Harman’s Object Oriented Ontology).

My first degree was in philosophy, and I subsequently took up photography as an escape route. The world of ideas was making me ill, and photography seemed like a way of embracing the realm of the senses. By going back to college to study for an MA in photography, I was finally able to overcome this false dichotomy and discover a way of weaving philosophy back into my photographic practice.

And the Photoshop work? It’s really quite simple - if there’s an element in the picture that I don’t like, I select it and delete it. Often the remaining white space takes on a life of its own. I’m using Photoshop to emphasise the materiality of the image. For me, digital is instrumental in accessing the analogue.