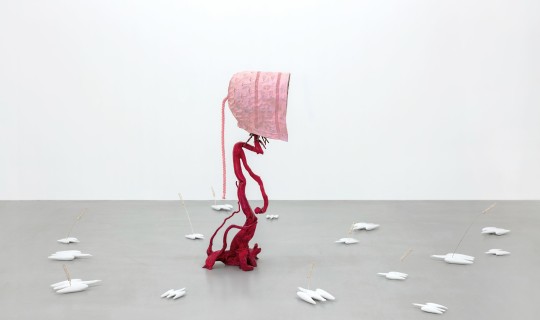 When approaching the relationship between craft and technology during New Contemporaries Craft-Tech panel discussion, contributor Laurie Britton Newell describes how the two are often used as ‘oppositional terms’, where craft is synonymous with handmade, skilled and traditional work, and technology with mechanisation and mass-production. However, invoking the Ancient Greek’s conception of technology as the ‘study of skill’ and ‘methods of doing,’ Laurie suggests that craft and technology not only overlap but fall under the same categorisation. Take, for example, Shannon Mattern’s book ‘Code and Clay, Data and Dirt,’ where artist (and panellist) Lilah Fowler describes both coding and clay as ‘innovative technologies within their respective time periods’. I find this a particularly interesting point of departure; one which places time rather than process at the heart of this discussion.

In combining technologies across time - from the tools used in metalsmithing and glasswork through to 3D rendering, 3D printing, VR and digital work – a tension is created that has provided inspiration for much of my own practice. Using more antiquated modes of making, sometimes verging on the obsolete, like lost wax casting or glasswork, I sculpt hyper-modern forms that are at odds with their own material properties, appearing rendered or sterile, as though machine made. This inversion causes a temporal tension between the process and finished outcome, imbued in the work itself. In my work Growth Shrine 1, sculpted glass impersonates a synthetic or cultured life form, mid-growth and suspended in stasis. The glass is housed in hand-carved Styrofoam to appear architectural or like a sci-fi prop. 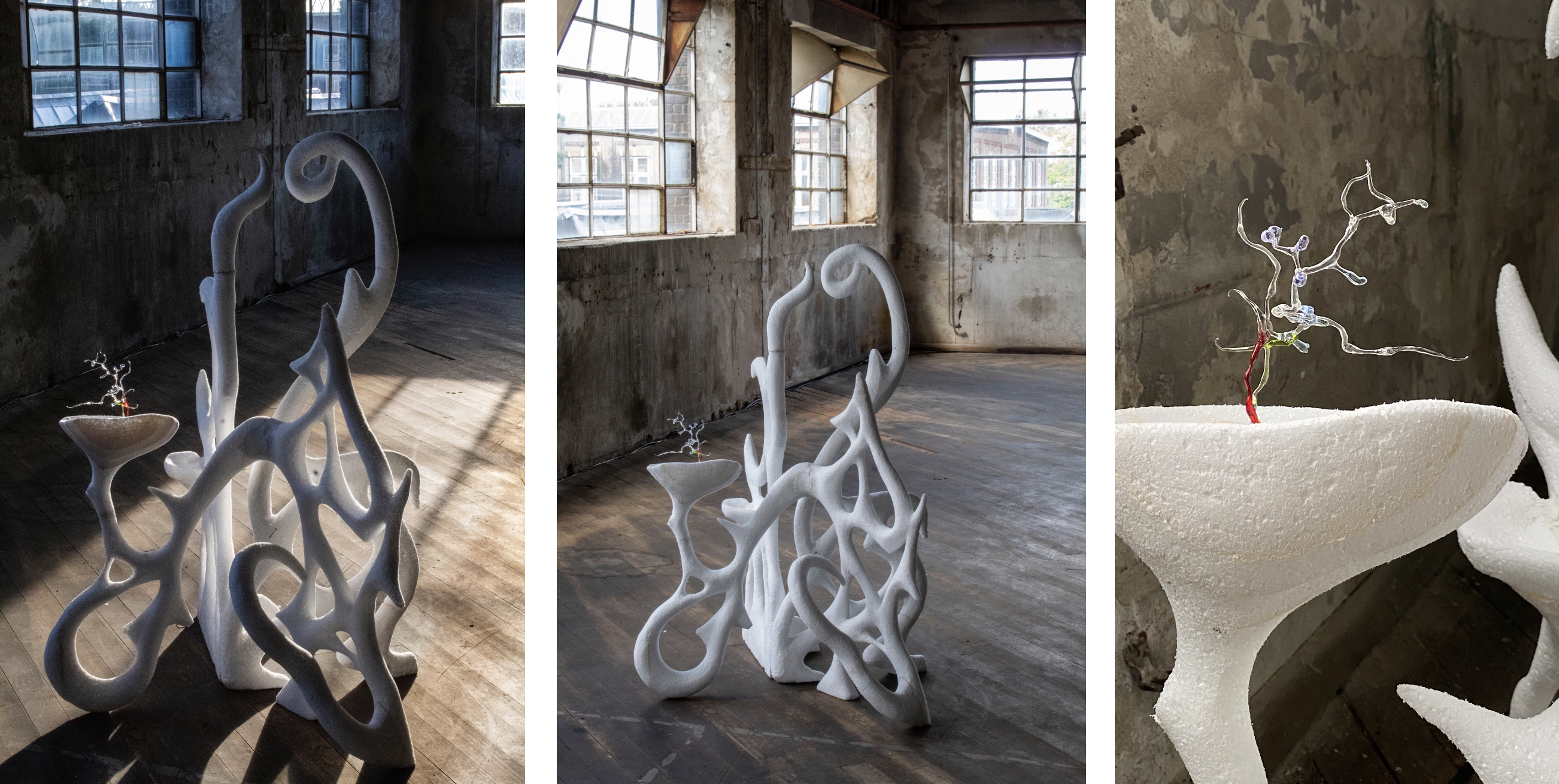 Similarly, in artist Guan Xiao’s work, fabrication, technology and traditional modes of making are present together without separation or hierarchy, suspended in time. In her work Lulubird Walked Out of Delicatessen Bumped into A Swarm of Buzzing, an enlarged brass bonnet made using lost wax casting and patinated in a greenish pink hue is connected to a reddish cast tree trunk which could be likened to a ready-made nautical rope and a scatter of repeated modular components reminiscent of car body parts. Technology in this instance is divorced from the now, and rather used as a tool just like a chisel or a pencil. Xiao utilises all of these processes, old and new, to create material balance and order and, to paraphrase writer Luan Zhichao, hardening that which is tender, artificializing that which is real, texturizing using craftsmanship that which is flat and industrialising with technology that which is natural.[1] In doing so, Xiao creates processes inextricable to one another, something that I aim for with my own work. 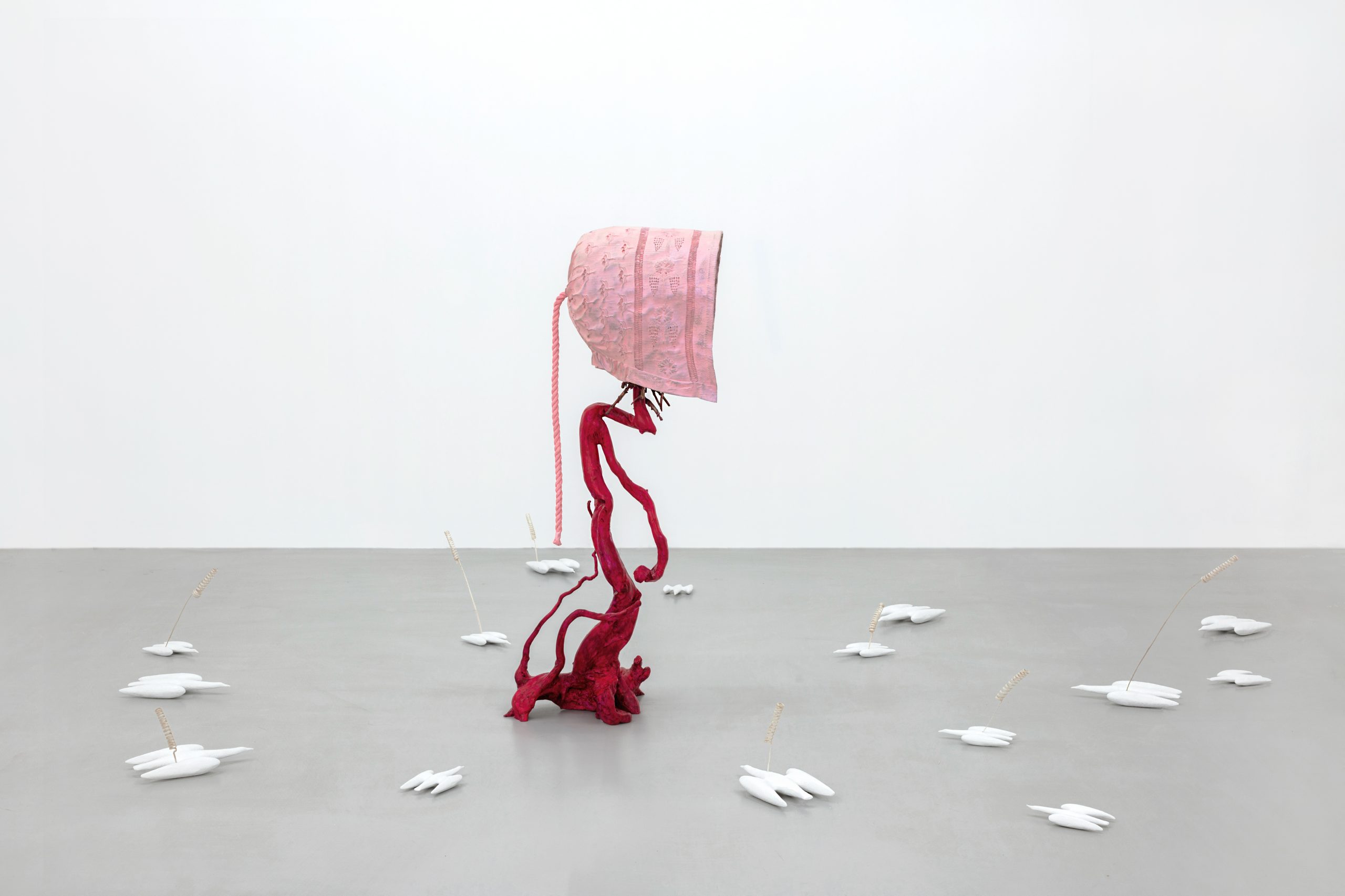 Figure 1. Guan Xiao, Lulubird Walked Out of Delicatessen Bumped into A Swarm of Buzzing, 2020. Image courtesy of Antenna Space.