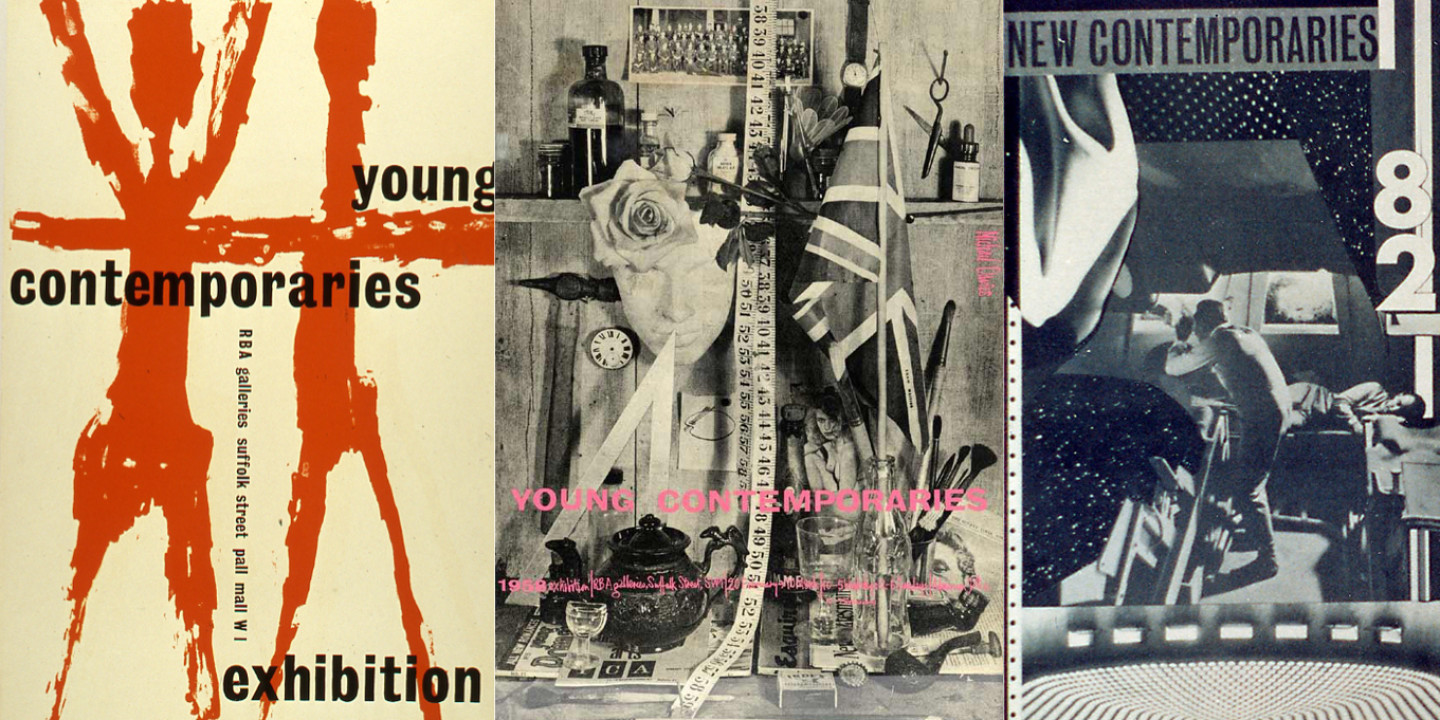 Originating as Young Contemporaries, an annual exhibition of student work first hosted by the British Society of Artist Galleries in 1949, we became an independent incorporated organisation in 1988.

Read more about our History and the ongoing research into our Archive below.

The exhibition first took place in 1949 at the R.B.A. Galleries in Suffolk Street. Carel Weight is often cited as the initiator for the exhibition, known as Young Contemporaries, and it was supported by both the newly formed Arts Council of Great Britain and the British Society of Artists, who continued to host the exhibition until 1966. In the early years the exhibition quickly went from strength to strength, gathering much critical and audience attention. Between 300 and 500 artists were included within the annual London show, selected by artists and art specialists until 1968. In 1969, and during the controversial exhibition of 1970 at the Royal Academy, students controlled the selection themselves. The 1970 exhibition was the last for a few years.

During these first decades, the Arts Council of Great Britain would select a smaller touring exhibition of Young Contemporaries from the London show, with 30 to 40 works exhibited in venues across the UK. This continued from the first show in 1949 until 1969, and the Arts Council records are where the majority of information for the Young Contemporaries history can be found. As only a fraction of the works shown within the larger London exhibition were included in the Arts Council touring edition, the current records for this period are consequently limited.

Further research to gather a full list of participants in the London show is ongoing. A list of the artists included in the Arts Council Touring of Young Contemporaries exhibitions can be downloaded here

In 1973, tutors from some London colleges - including Gillian Ayres, Basil Beattie, Paul Huxley and William Tucker - banded together to revive the exhibition. The exhibition was renamed New Contemporaries and the first exhibition took place in 1974.
At this point the Arts Council no longer tours a selection of the work and so information on the exhibition has relied on tracking down individual catalogues. A few of these are held by national archive centres, but the majority have been found from the individual hosting institutions or contributions from the personal archives of past participants and attendees.

By the 1980s, the exhibition was held regularly at the ICA with a Permanent Committee supporting the exhibition management until 1983. Each year the exhibition was selected and organised by students. The last exhibition before running out of steam was the most ambitious, taking place in London, Newcastle and Liverpool. Wracked by financial problems, the 1986 multi-venue edition left the student organisers with personal debt, and it was finally disbanded. The 1986 catalogue however also saw the first attempt at assimilating a New Contemporaries history, with contributions from past participants and a historical introduction by Andrew Lambirth, 'New Contemporaries Past and Present'.

In 1987 the Arts Council of Great Britain commissioned a feasibility report on New Contemporaries to look into the future viability of the exhibition. The report was published in 1988 by Richard Stokes, who then became the Chair of a Volunteer Board of Directors, and a new constitution and new structure for the organisation was established. For the first time, the exhibition was supported by professional administration and adopted a model of curatorial and college independence, inviting an outside team of selectors from the arts profession each year.

Over the last decade, New Contemporaries have actively worked to find new ways of supporting emerging artists with new mechanisms and projects which include mentoring, studio bursaries, residencies, scholarships, and other opportunities.

New Contemporaries was relaunched in 1988 as a registered charity and limited company. We have direct access to and ownership of our archive material from this time on. Material prior to '88 is held by the Victoria & Albert Museum’s and Tate Libraries as part of the Arts Council and ICA archives respectively.

In 2015, we established a collaborative PhD with Nottingham Trent University to focus on the role of New Contemporaries in British cultural life since 1949.  Our PhD researcher Emily Gray is exploring the reflexive relationship New Contemporaries has had to the culture of the moment, marking both the character of contemporaneity in art, and articulating the relationship of art school education to culture more widely. With assistance from researcher Emily Gray we have a longer-term aim to catalogue and share the archive material we hold as well as finding ways to signpost to any material held elsewhere. These participant lists of artists will be made available as soon as they have been collated.