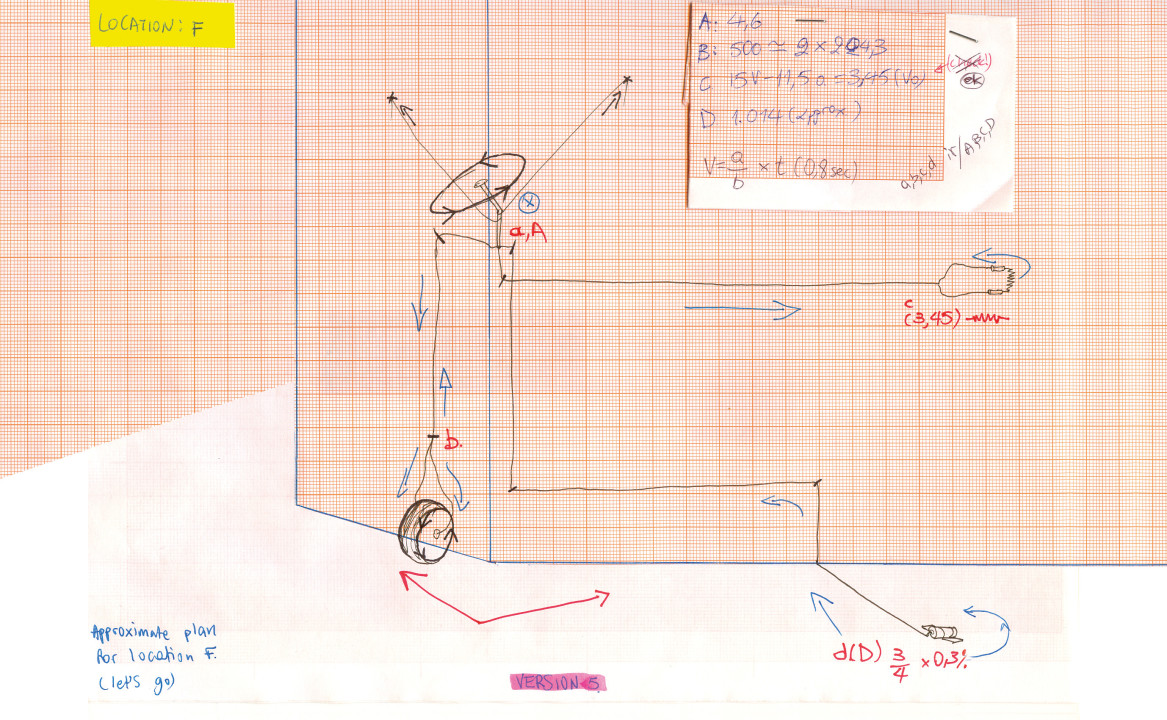 Selectors' Comments:
This is so small you could miss it, and so fragile you could wreck it accidentally before you realised. This slightness brings you into a very different physical relationship with it as art than the other works in the show. But it's also very endearing in a tragic kind of way, like an impossibly ambitious project set up by ants.

Artist's Statement:
This is an escape-machine which transforms a room into an automobile, only a few minutes after it has been installed. At this stage there are only two problems yet to be resolved: