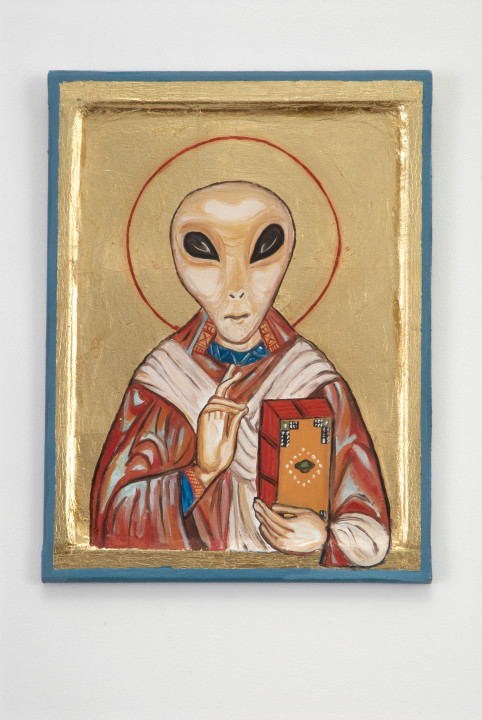 Selectors' Comments:
Belief systems summed up by the ubiquitous almond-eyed being. Although we saw a lot more of him in the 90s. It feels tired out, but I think that's the point.

Artist's Statement:
My practice is concerned with contemporary issues of social order, control and manipulation. I take inspiration from political and religious imagery, propaganda, popular culture and consumerism and the work is often a humorous fusion of these elements.