Saelia Aparicio Torinos: 6 months into her Studio Bursary with Sarabande 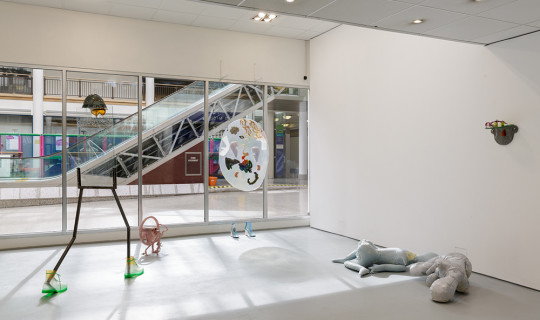 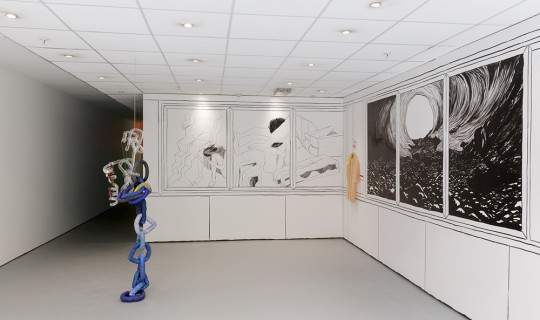 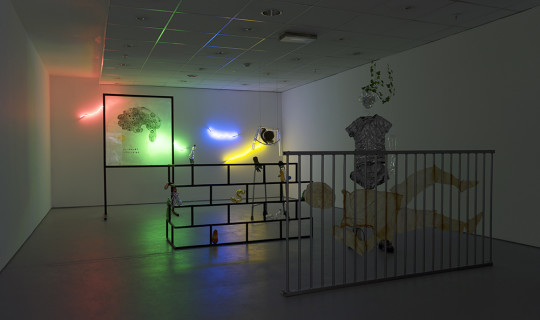 No Rest For The Wicked

I find myself in the equinox of the residency, which makes me realise how times flies, but that you can also get a lot done while it slips through your fingers. For the last few months my time has primarily been spent working towards a solo show, and conceptually developing the next one. Although it took me a bit of time to adjust to the pace, I now feel really comfortable with it. I think it helps me to develop more complex ideas, which are a logical continuation of the previous ones, while expanding the current ones.

I had a solo show, 'Peaks & Troughs' at Turf Projects, Croydon, until the 12th of November, which received the Workweek Prize by Artquest. ‘Peaks & Troughs’ is an installation, which has two distinct environments. Within the space are semi transparencies, probiotics, pollution and themes of housing crises. These take the form of sculptures and wall drawings. For instance, I made a 1:1 scale mural of the Dennison Point facade, from The Carpenters Estate in Stratford. Instead of showing the neglected flats, however, parallel worlds have flourished in its interior. I superimposed expanded drawings, half psychological portraits, half social constructions, over the facade to distort it. For this show I developed a new body of work. Some of the pieces were made collaboratively with the designer, Attua Aparicio, from Silo Studio, which is known for its experimental approach with materials.

I have been working towards my second solo show: 'Your Consequences Have Actions' for The Tetley in Leeds, which opened on the 24th of November. I have taken over the whole institution, making a huge mural and some functional, although uncanny, furniture (again in collaboration with Attua). With my works being displayed alongside the works of practitioners working in other disciplines, it is always an inexhaustible source of inspiration for me.

Oriele Steiner Studio Bursary with The Royal Standard and Bluecoat