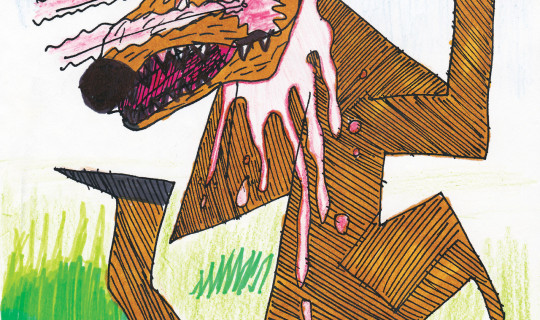 I have been commanded to explain myself, once again. My jury wants to know the HOW, WHAT and WHY of my present predicament. And the truth is…I really don’t know. I am but a mere bystander, ducking and diving as the parade charges recklessly around hairpin bends.

The truth is… I decided to submit myself, and that is the only crime I can be justly accused of. It was clear to me that my time as a one-man counter-culture was up, and so, yes, I submitted myself to Bloom Berg, a group of artful, aristocratic aesthetes of much standing. For you see, I sought VENGEANCE on a public scale!

I always knew that I was special. So it came as no surprise when I was plucked from the cesspool of fame-hungry postulants by a goombah, a Picasso-forger and the king of Motown. Congratulatory messages were thrust my way and contracts signed. “No no no!” I explained to the zealous fanbase “You’re not meant to like it – it’s a critique! This must be some kind of a mistake!”

…but that was that. I was objectively and inarguably both New and Contemporary. I looked down at my claws and noticed a new-found sense of relevancy imbued in their every touch and jab. Gah! I’ve been indiscriminately castigated by society into my fortress of misery, now it’s to silence the naysayers, pour salt into the wounds of an ocean of tormentors and burnbabiesburn!