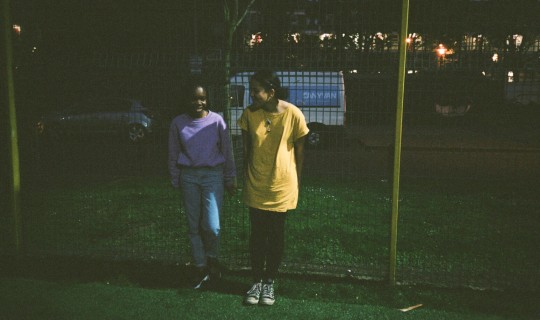 I first stumbled across a black and white thumbnail picture of the late Ms. Theodora Boatemah MBE (also known as Dora) in an article about the estate in the Evening Standard newspaper whilst I was returning home from a shoot in Brockwell Park. I proclaimed: “In the future I will make a film about this woman” fast forward two years and I did just that! The idea to make ​Street​ 66 at first was a tad bit ambitious, I knew nothing about Dora nor Angell Town. I would say that before this I had been to Brixton only a few times, not enough to know the names of shops and streets other than Coldharbour Lane.

Ultimately, I knew it would be a great story that would intrigue people. I would say my art practice deals greatly with the everyday experience of people and their relationships with their environment. I am a big admirer of unspoken gems, those people who are able to rise against adversity and strife. I think as a young black woman, so many of the themes in the film such as displacement, gentrification, community action are issues that are universal. Who will tell our stories?

I feel pretty proud that I was able to shine a light on a courageous, clean-hearted woman like Dora. I am immensely grateful for the support from her family whom gave me the initial funds to get this project off the ground. I do hope in years to come she continues to be celebrated and people are empowered to make changes to their living conditions.