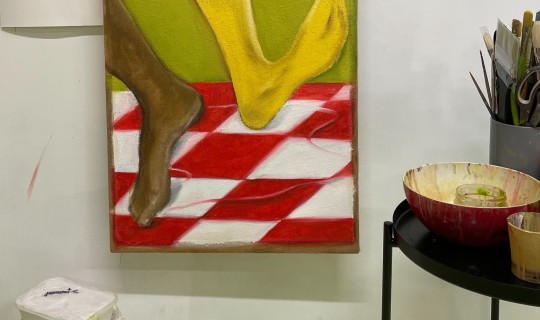 Prior to beginning my residency with Elephant and New Contemporaries, I had been completely engrossed in the story of Justin Fashanu.

A footballer, whose sporting achievements have been overshadowed by the reality of him being the first known openly gay footballer. The media scrutiny he experienced, which contributed to the utterly devastating end of his life, triggered me to reflect on the football environment and attitude towards race, as well as homosexuality.

If statistically 1 in 5 people are identifying as gay in the UK. How is it that from roughly 69 English football leagues and the over 5000 players in the UK only 2 players have ever came out?

What does that tell us about this particular sporting environment? Furthermore, how does it relate to the ideas of masculinity connected to sports?

These thoughts manifested as sketches, observations of the gestures of players in action and how they interacted with each other. 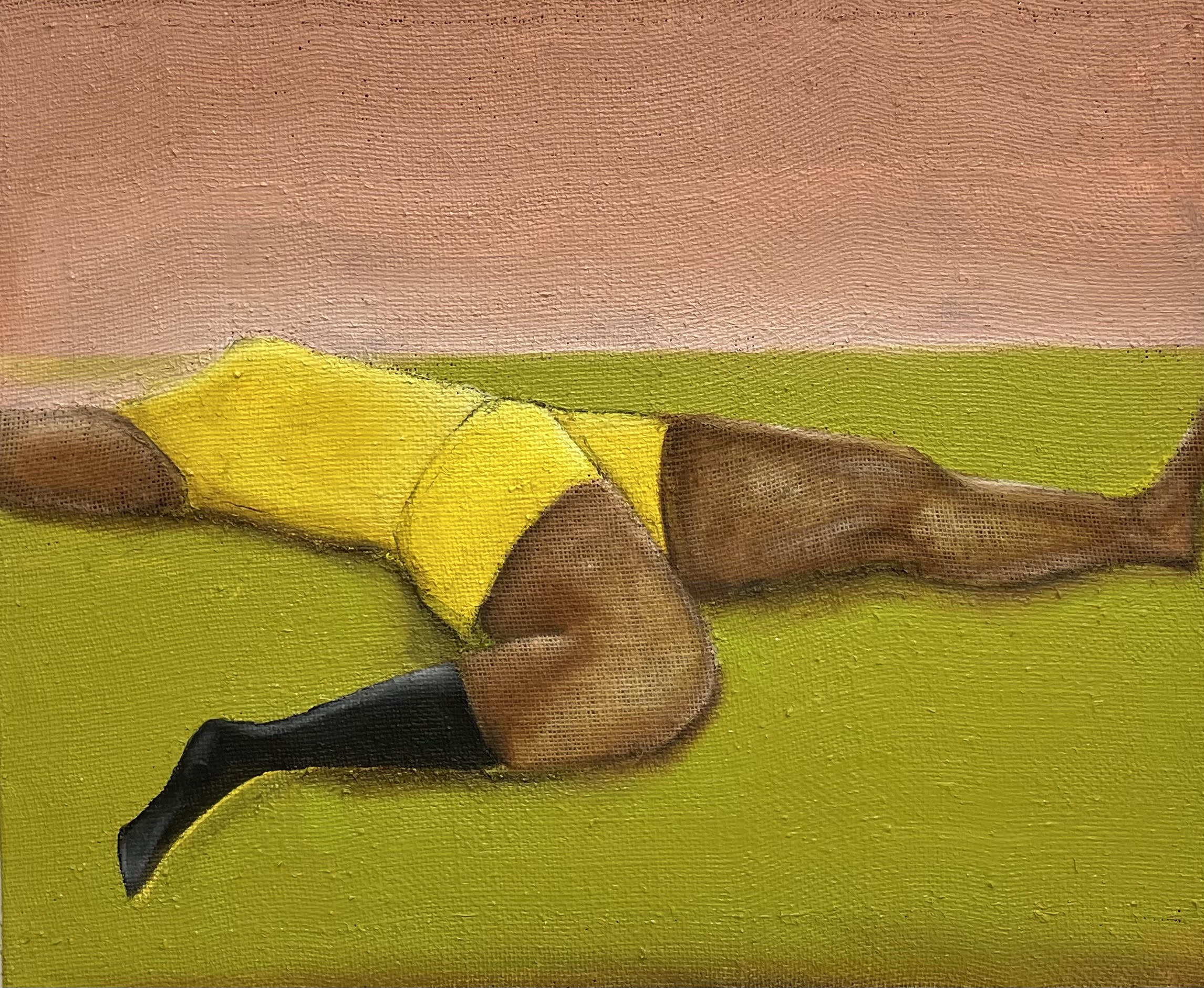 I found myself deep into YouTube rabbit holes. Watching ‘Match of the Day’ highlights and player tribute videos.

I began to notice the theatre in the sport as well as the subtle gestures to what could be considered camp. This all seems to juxtapose the toxic masculinity that its supporters have historically demonstrated with behaviours like hooliganism. The garish, playful hairstyles of football players Tairibo West, Djibril Cisse and Neymar for instance, dethrone the serious and query fragile ideas of masculinity.

Does this playfulness exist in other sports? What is different specifically about football?

American basketball star Denis Rodman pops into my mind at multiple times during the initial stages of my residency.

How he openly discussed sexuality and the taboo of sexuality in sports in the 90’s. And used his eccentric aesthetic to support the gay community and bring awareness to the HIV/AIDS crisis in the 1980’s.

What would football as a truly queer friendly space be like? What would it mean to exaggerate these hints of camp in football?

I couldn’t quite envisage this so I enlisted a friend to act as a model for me. I asked them to wear a football kit and move in a way that seemed out of place within the football sphere. 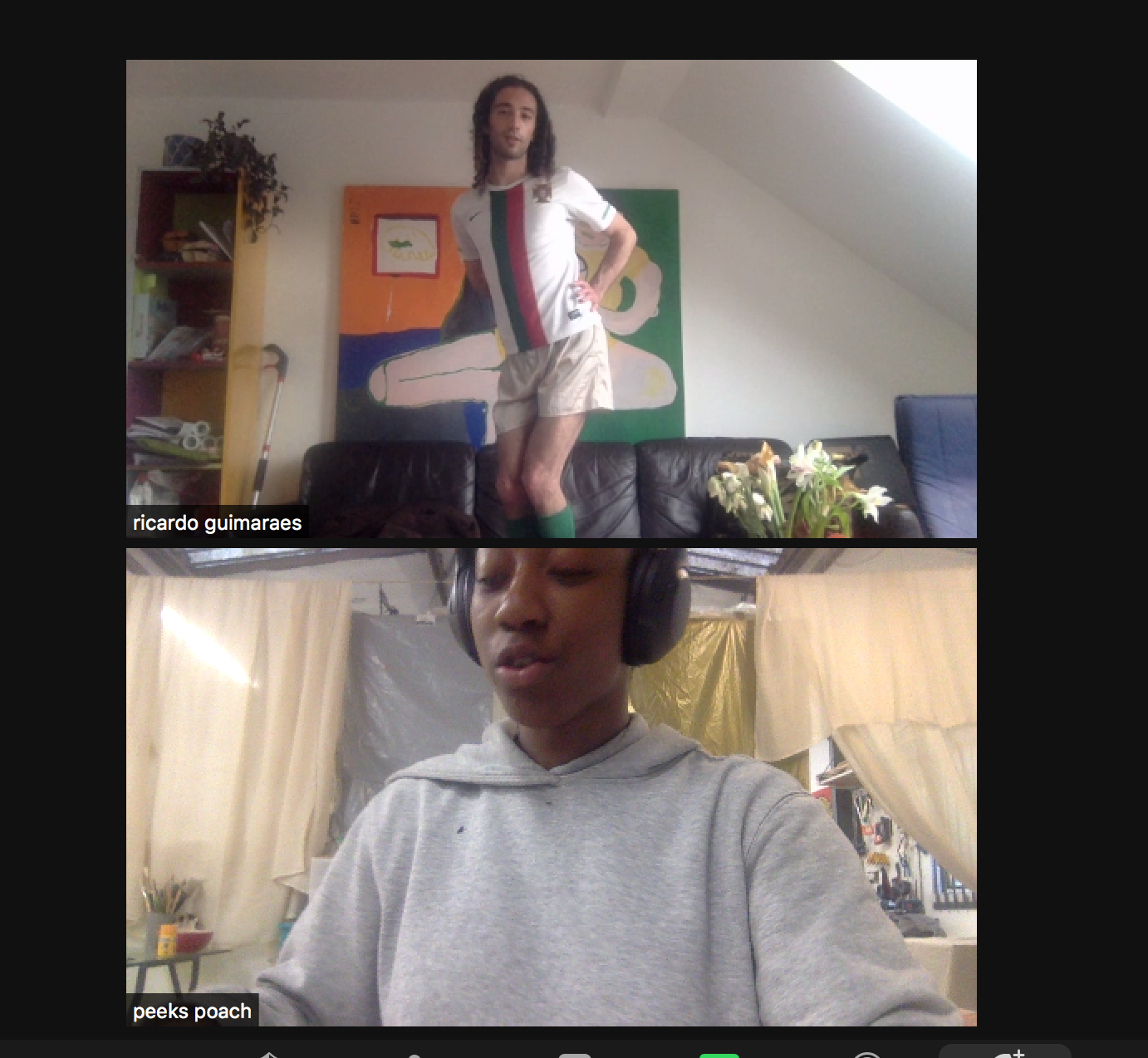 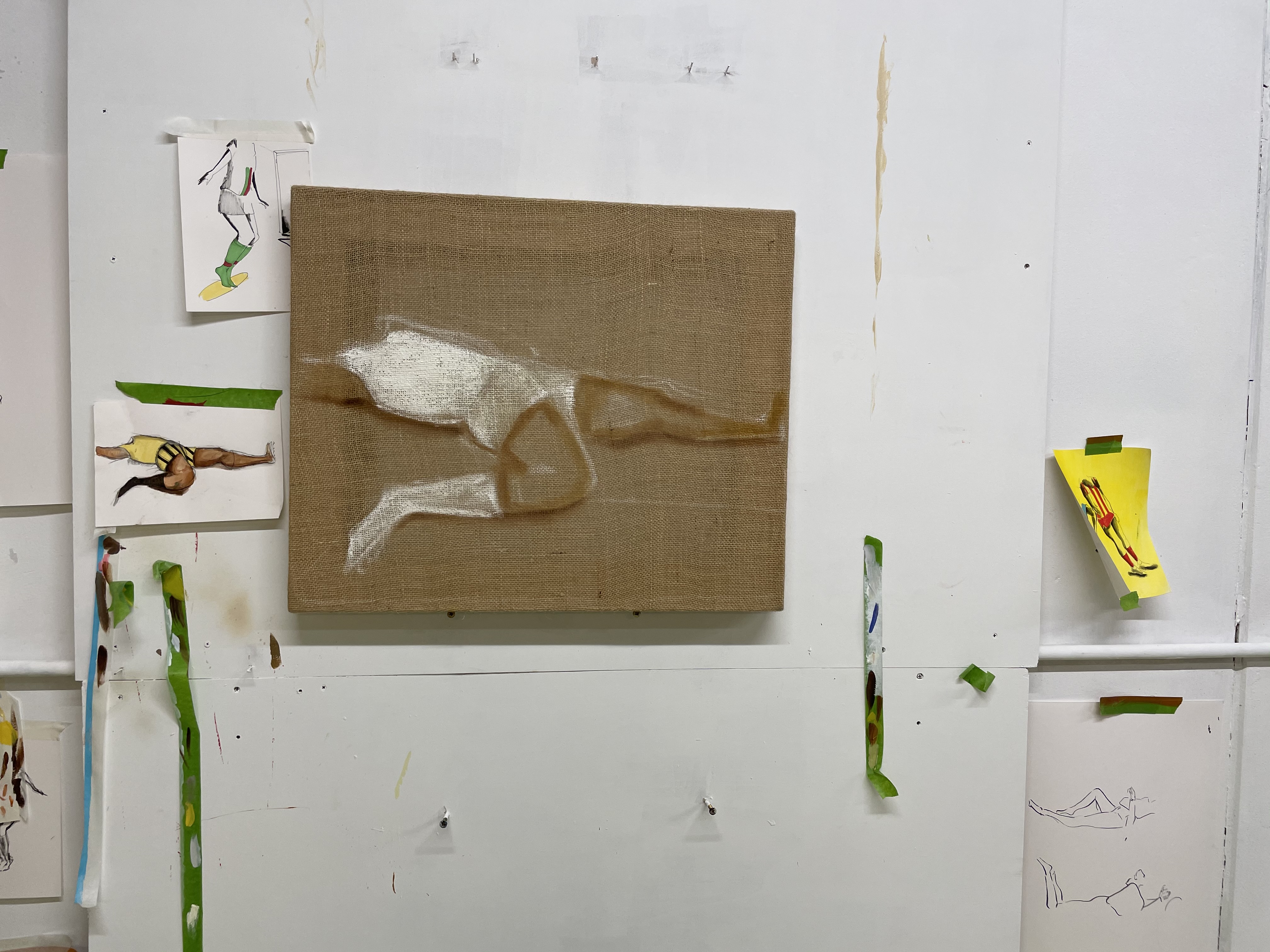 Studio shot of Drop in process and other preparatory sketches.

This process of unpacking and exploring different facets of an idea is how I ordinarily approach my practice - to uncover a relevant visual language. However, the depth of this subject encouraged me to examine all aspects of the work.

For the first time I truly experimented with oil paint. And used mediums, to help me further explore its versatility. I considered surface and its potential to be more than the just a backdrop for an idea, but a useful tool to better convey the separate aspects of an idea.

Discovering burlap as a ground on which to paint, has hugely affected how I make work going forward. The openness of the weave and the texture of the surface, presents an obstacle. Especially when you are accustomed to working on cotton calico. It forces me to be more considerate - diligent in the way I apply the gesso and purposeful when I begin mark-making with the paint. At the same time this material has its own history, links to class, labour as well as to a particular culture, which all comes into play every time I use it.

Working in oil has not only changed my painting process but the way I formulate ideas. The ‘fat over lean’ rule allows me to develop ideas slowly and more intuitively - observing the painting at each step and making adjustments accordingly, rather than coming to canvases with a finalised idea.

This residency has acted as a catalyst for change for my entire practice and for a new way of working, where ideas and process are truly interconnected. It has allowed me a space where these new elements are central to the work and the idea process.