Barry Barker is a British Contemporary Art Curator and Gallerist. Barker is head of the Centre for Contemporary Visual Arts at the University of Brighton. Previously, he worked with Nigel Greenwood and was exhibitions officer at the Institute of Contemporary Arts London and the John Hansard Gallery before becoming Director of the Arnolfini in Bristol 1986-1991 overseeing a refurbishment of the gallery. Following this, Barker was briefly with the South Bank Centre before becoming a Director of the Lisson Gallery. Barker's main areas of interest have been conceptual art and minimal and he had an influential role in many artists' careers of the last thirty years, especially Anish Kapoor. In 1986, he was co-curator of "Falls the Shadow" with Jon Thompson at the Hayward Gallery.

Patricia Bickers is editor of Art Monthly and principal lecturer in art history and theory at the University of Westminster. She is the author of The Brit Pack: Contemporary British Art, The View from Abroad (Cornerhouse, 1995), and recently co-edited, Talking Art: Interviews with Artists since 1976, (Art Monthly and Ridinghouse Editions, 2007).

Rachel Whiteread, CBE (b. 1963) is an English artist who primarily produces sculptures, which typically take the form of casts. She was the first woman to win the annual Turner Prize in 1993.

Whiteread was one of the Young British Artists who exhibited at the Royal Academy's Sensation exhibition in 1997. Among her most renowned works are House, a large concrete cast of the inside of an entire Victorian house; the Judenplatz Holocaust Memorial in Vienna, resembling the shelves of a library with the pages turned outwards; and Untitled Monument, her resin sculpture for the empty fourth plinth in London's Trafalgar Square. 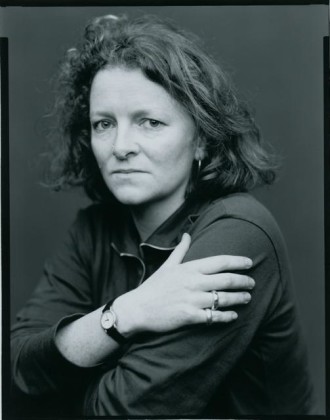