Caroline Russell is a British artist based in London. She is an Associate Member of the Royal British Society of Sculptors and has been a professional sculptor since 1993. Caroline graduated from Leeds University and studied sculpture privately under Patricia Finch, FRBS. She works in clay and plaster in her London studio, producing both abstract and figurative pieces which are cast in strictly limited editions in foundry bronze and bronze resin.

Her sculpture is inspired by the work of Henry Moore, Picasso and African carvings. The work has been shown in various galleries, including Belgravia Gallery and the Limehouse Gallery, and at many exhibitions including the Chelsea Art Fair.

Stuart Morgan (b. 1948) was Britain's foremost writer on contemporary art throughout the 1980s and mid-1990s. He was born in Newport, Gwent, and from Newport Hall School he moved to study at Southampton University, then Sussex University to complete his MA.

He started to write for the British publication Artscribe in 1977. His work drew notice from the beginning - Arts Magazine was the first US magazine to recognize his talent - and by the late 1980s he was editing Artscribe as well as writing catalogue essays and articles for Artforum and other major periodicals.

Willie Doherty (b. 1959) is an artist from Northern Ireland, who has mainly worked in photography and video. He has twice been a Turner Prize nominee.

Doherty was born in Derry, Northern Ireland, and from 1978 to 1981 studied at Ulster Polytechnic in Belfast. As a child he witnessed Bloody Sunday in Derry, and many of his works deal with The Troubles. Some of his pieces take images from the media and adapt them to his own ends.

Doherty's video pieces are often projected in a confined space, giving a sense of claustrophobia. 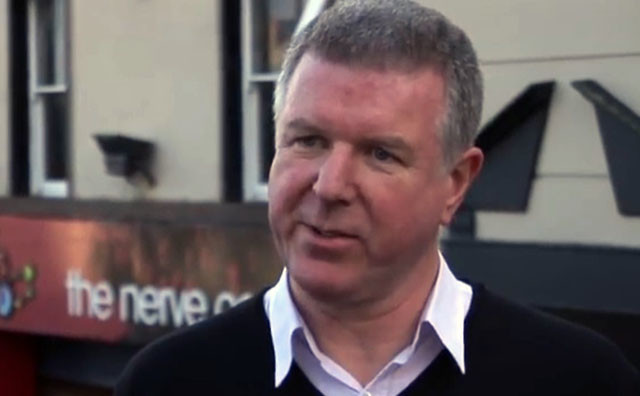